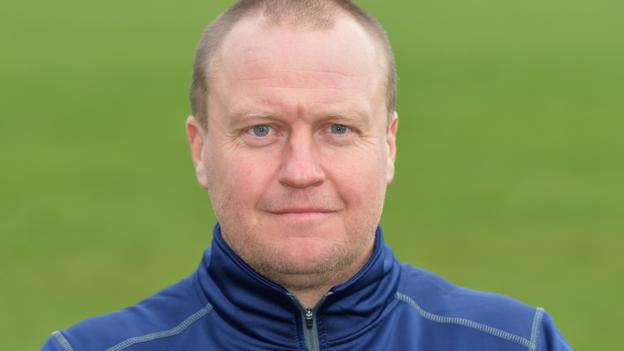 Durham head coach Jon Lewis has left the club after a “review of cricket operations” at the Division Two side.

It ends his 21-year association with the county, which began when he signed as an opener from Essex in 1997.

Lewis took charge at Durham during the 2013 season after Geoff Cook fell ill, leading them to the Championship title.

“I would like to thank him for his hard work, dedication and outstanding commitment to Durham,” said chief executive Tim Bostock.

Bostock and new director of cricket Marcus North completed the review, with Lewis set to “pursue a new challenge”.

Lewis led Durham to the One-Day Cup crown in 2014 but the county were relegated by the England and Wales Cricket Board two years later after financial problems.

‘Lewis has been fighting fires’ – analysis

Sir Ian Botham took over as chairman following Durham’s relegation two years ago. They were relegated by the ECB because of financial problems, were hit with a wage cap which saw virtually an entire team leave and have struggled to recover on the pitch.

As a result of the losses in personnel, Durham have struggled and Jon Lewis has been fighting fires for the last two years. I am not sure many other people would have been able to cope but it has been really tough.

They were bowled out four times this season for less than 100 in the championship, including 61 and 66 on the same hapless afternoon at Leicester. There were also three innings defeats and three losses inside two days.

While all of this was going on, Sir Ian appointed Tim Bostock as the new chief executive and Tim ordered a review of the entire coaching set-up. That has been led by former Durham and Australia batsman Marcus North who has been appointed director of cricket.

As a result of his report, the club decided to restructure the coaching side of things and Lewis has taken the decision to leave. A new high performance coach will be sought in the near future and the club also plans to appoint a specialist batting coach.

MOTDx: Wolves’ Romain Saiss on being a footballer during Ramadan