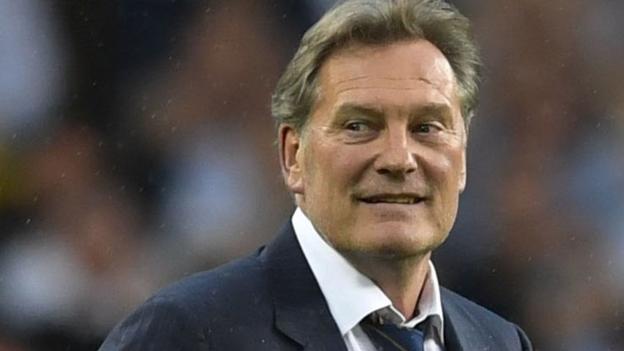 Ex-Spurs player Glenn Hoddle joked that his recovery from cardiac arrest was not helped by the dramatic way they made the Champions League last 16.

Hoddle collapsed at the BT Sport studios on 27 October, his 61st birthday, and later underwent surgery before returning home to recuperate.

Spurs scored a late goal to secure a draw at Barcelona and go through.

“That just wasn’t good for my recovery! But a great performance well done boys, deserved to win,” tweeted Hoddle.

Lucas Moura’s 85th-minute equaliser at the Nou Camp saw Spurs book a place in the knockout stages as they completed an unlikely turnaround in Group B, having collected just one point from their first three games.

Tottenham needed to match or better Inter Milan’s result at home to PSV Eindhoven and had faced elimination when Mauro Icardi cancelled out PSV’s early goal in a game that ended 1-1 in Italy.

Hoddle’s comment, made the morning after Tottenham’s game in Spain, is the first time he has posted a message on social media since suffering his cardiac arrest.

He is considered to have been one of the best players of his generation, winning the FA Cup twice and the Uefa Cup with Tottenham and also having spells with Monaco, Swindon and Chelsea. He was capped 53 times by England.

He was a player-manager at Swindon and Chelsea before becoming England manager in 1996. He also managed at Southampton, Tottenham and Wolves.