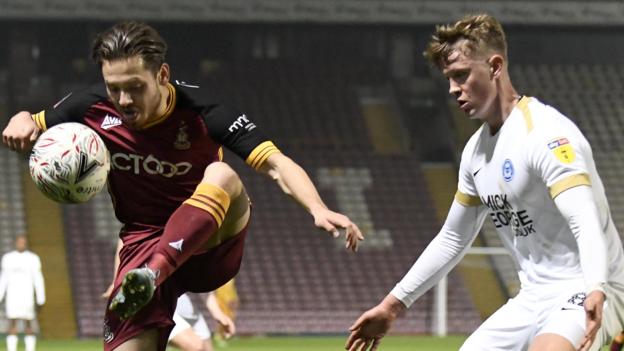 Peterborough will play Middlesbrough in the FA Cup third round after edging out Bradford City in a penalty shootout following an incredible cup tie.

Ivan Toney had earlier scored a hat-trick, with a goal from Marcus Maddison for Peterborough.

George Miller had scored twice for Bradford, with David Ball and Paul Caddis also on the scoresheet.

But it was not enough as Peterborough goalkeeper Conor O’Malley saved penalties from Karl Henry, Jack Payne and Caddis to take his side into the third round.

How the goals went in

How the penalty shootout unfolded

Jess Varnish evidence to be heard at Manchester Employment Tribunal